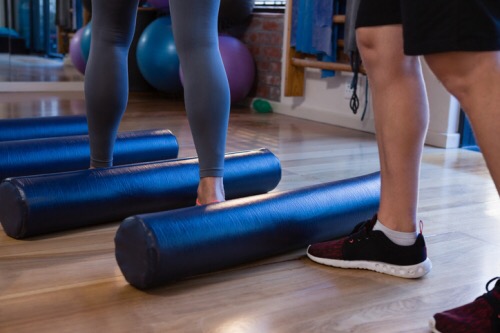 It’s not unusual to see athletes rolling different muscle groups across a foam cylinder. Is there anything to this practice, or is it just another fad? A study published in the Journal of Strength and Conditioning Research shows what foam rolling can and probably won’t do for recovering muscle groups.

Thirty-seven men raced forty 15-meter sprints. For the next 4 days, hip range of motion, hamstring muscle length, vertical jump height and agility were tested. Some subjects performed foam rolling each day before testing while others didn’t. Although there was no effect on hip range of motion, hamstring length or jump height, agility was less impaired in the foam rolling group compared to subjects who didn’t use this simple tool.