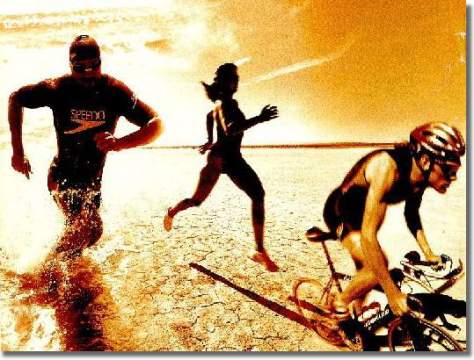 With 3 different modes of endurance effort to train for, triathletes typically put in long hours of high-volume effort. As an alternative, a study published in The Journal of Sports Medicine and Physical Fitness looks at what young triathletes can expect to achieve with 2 weeks of High Intensity Interval Training (HIIT).

A dozen experienced competitors engaged in 18 HIIT sessions during the 2-week intervention which included swimming, cycling and running. 6-day blocks of training were separated by 1 day of recovery. Compared to assessments before the program began, peak oxygen uptake was significantly higher and mean power during sprints increased. 750 meter swim time improved by an average of 27 seconds and subjects cut an average of 151 seconds off their 20 km cycling time.